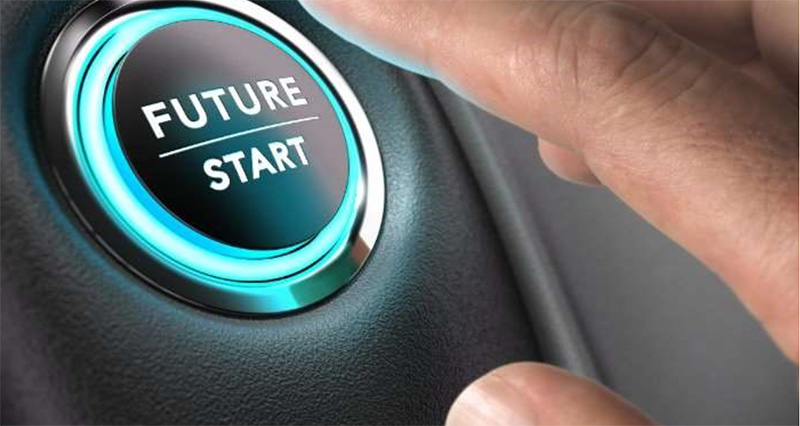 Michael Jackson is known as “The Change Guru”, and with 30 years’ experience in predicting where future shocks to business and marketplaces will come from, the title is well deserved. This strategic business thinker, who has a combined tally of 7 years of full conference days under his belt, is regularly sought after as a professional speaker in both South Africa and abroad. Combining his speaking and writing talents with a passion for meticulous research, Michael is uniquely positioned to show companies where the market is, as well as where the people are and how the business is going. He helps “fire up the troops” to perform better in a fastmoving world of change.

We’re used to hearing that the pace of change is far greater today in a business sense than it ever has been before; but what exactly does that mean and how do we cope better?

According to the Boston Consulting Group; business today is now some twenty-five to forty times more complicated than it was for companies in the 1950’s. Today we’re suffering from greater demands in areas such as policies, procedures, business layers and interfaces and these have all resulted in greater than ever demands upon us and our time. We’ve ended up doing the business of business more than actual business requirements themselves.

Such unbridled pressure and its resulting urgency is quite simply counterproductive to good business practice and is often extremely costly. Quite simply we need to approach business in 2018 in a much more sensible, thoughtful and practical manner in order to cut through the clutter. There’s another danger though; if you’re too slow and cumbersome today in business today (at the opposite end of the scale) you’re just as likely to be in difficulty, caught flat-footed and miss opportunities, so we need to carefully avoid extremes in any direction.

We need to better understand, think and focus on the right priorities whilst avoiding the routine, habitual and unconscious routines which have come to dominate the human thought process and caused much of the complexity in our lives.

We usually get our priorities all wrong; whilst we clearly want to do the right things we usually and normally apply human cognitive bias to our decision making – merely using our existing knowledge which we then apply to business situations – leading to a lack of proper perspective.

It’s much more sensible to apply and utilize cognitive diversity, yet this isn’t a state of mind which comes naturally to humans. Let me explain by way of a classic example. Cognitive diversity ought to have been applied by the American CIA from its inception. Founded to help America think differently to detect international threats after the end of the Second World War – it was sadly built instead with a cognitive bias mind set, and failed spectacularly at achieving its core mission as a result.

The CIA was founded by middle-aged white Americans, and staffed by exactly the same dynamic; with people who hadn’t travelled, didn’t hold passports, couldn’t speak foreign languages and had no cultural diversity at all and as a result it suffered (and still does like far too many businesses) from being unable to differentiate between signal and noise issues, organisational dysfunction, typical bias and prejudice and was unable to predict such world shaping issues as the Cuban Missile Crisis in 1962, the Iranian Revolution in 1978, the collapse of the Soviet Union in 1990, the Twin Towers attack in 2001 and the Syrian Revolution of 2011 to name just a few crises!

Cognitive bias is all too commonplace and has simply become the norm.

Applying cognitive diversity, which simply means obtaining a more diverse group of perspectives rather than relying on the usual traditional dyed-in-the-wool thinking, would enable us to go further in our quest for a solution both for business as well as in our personal lives.

The problem with cognitive bias is that we anchor ourselves to our experiences and circumstances, and whilst thinking this way normally worked – and worked well – in a period when change was slow to occur, it is no longer is appropriate today. We instead need to create a ‘functional bias’ in our ever changing and more complex world, instead of instinctively doing the ‘usual’ same things; where we stay the same, repeat old behaviours ad infinitum, do the same things repetitively and even proudly call it ‘sticking to our knitting’ – yet the world outside is now incredibly different and demands new and diverse approaches.

With the ever-changing business environment, business owners who are adapting diverse practices, policies and strategies are the ones who are winning today. Had the CIA been composed of employees with varying characteristics including, but not limited to, religious and political beliefs, gender, ethnicity, education, socioeconomic background, sexual orientation and geographic location, it stands to reason it would have been much more successful in terms of its mandate of understanding and reacting to issues in the outside world.

Yet how do we become more cognitively diverse ourselves and in business? Strangely enough, the answer may well lie in our approach to work and life itself. Say you have to take a big decision; the brain overloads, creating noise and stress, right? It’s time to stop sweating the stuff; changing your circumstances and environment – and this is where scientists have figured out that a relaxed brain takes and makes better decisions – which helps to explain why we often have great ideas in the shower, or whilst on vacation, but not usually in the office environment.

It may be as simple as breathing and thinking differently through diverse approaches. Imagine you’re for example in a room with the staircase on fire on the 10th floor of a skyscraper. How would you evacuate safely? Conventional wisdom, or cognitive bias, would no doubt bring several and probably incorrect ideas to mind but using cognitive diversity could allow you to consider that the curtains might make a good parachute?

At work it makes sense to literally ‘think twice’ and take 5 minutes before making decisions. Take a stroll. Get away from the desk and the usual workplace areas and focus on different things. You’ll be amazed about how easily the answer you need comes when you focus on it less.
Success, by definition, doesn’t come easily in terms of the obvious: think Starbucks for a moment, which positions itself not on the coffee it provides but the meeting place it provides it through. Take Lego, the Danish export which found itself struggling in a world of new toy and play choices, but redefined itself as selling models which were original in driving curiosity.

It doesn’t take a titanic effort to differentiate; just different thinking models. Which makes me think of the Titanic itself; and we all know the tale of the disaster it represents. Conventional thinking and cognitive bias caused the loss of life in that instance, where a ship with some 2200 crew and passengers with only 16 lifeboats on board allowed just over 700 people to survive. Could there have been a different outcome and a better solution? The iceberg the ship hit was 400ft long with a flat spot big enough to accommodate all the passengers and the lifeboats could have been used to ferry the passengers there to await salvation. In fact in 1849; the Hannah did just that after hitting an iceberg and sinking in the Gulf of St. Lawrence allowing 127 of 176 passengers to live.

Thinking differently has allowed Carlsberg beer to be produced in paper, not plastic bottles – as the company was made aware that the amount of waste plastic in our oceans is greater than the combined weight of all the fish!

So how do you think differently?

So how do you think differently – as well as changing your thought process from passive into dynamic? We have to learn to stop relying on ‘instinct’. We suffer from both automatic and instinctive systemic thinking (why you ‘automatically’ swerve to avoid a car crash) – as well as instinctive defective thinking (from not asking for enough information or our inherent natural bias).

Instead we need to consciously specify, visualise and collaborate in our thinking instead; where we Specify what we can directly influence, Visualise what you can see around or through an issue and Collaborate with those who can best assist you in diverse solution creation. It’s difficult and doesn’t come instinctively which is why we find ourselves today drowning in too much paperwork, too much email, too many policies and procedures and way too much background noise.

Change needs to be mastered. Allowing it to happen unconsciously is unquestionably the wrong approach. We need to much more consciously think our way through the complexities of life.

We use cookies on our website to give you the most relevant experience by remembering your preferences and repeat visits. By clicking “Accept All”, you consent to the use of ALL the cookies. However, you may visit "Cookie Settings" to provide a controlled consent.
Cookie SettingsAccept All
Manage consent

This website uses cookies to improve your experience while you navigate through the website. Out of these, the cookies that are categorized as necessary are stored on your browser as they are essential for the working of basic functionalities of the website. We also use third-party cookies that help us analyze and understand how you use this website. These cookies will be stored in your browser only with your consent. You also have the option to opt-out of these cookies. But opting out of some of these cookies may affect your browsing experience.
Necessary Always Enabled
Necessary cookies are absolutely essential for the website to function properly. These cookies ensure basic functionalities and security features of the website, anonymously.
Functional
Functional cookies help to perform certain functionalities like sharing the content of the website on social media platforms, collect feedbacks, and other third-party features.
Performance
Performance cookies are used to understand and analyze the key performance indexes of the website which helps in delivering a better user experience for the visitors.
Analytics
Analytical cookies are used to understand how visitors interact with the website. These cookies help provide information on metrics the number of visitors, bounce rate, traffic source, etc.
Advertisement
Advertisement cookies are used to provide visitors with relevant ads and marketing campaigns. These cookies track visitors across websites and collect information to provide customized ads.
Others
Other uncategorized cookies are those that are being analyzed and have not been classified into a category as yet.
SAVE & ACCEPT